If you’re an open-water caster just getting into the hardwater-fishing game, it should please you to know that using artificial bait for ice fishing is eminently feasible and effective.

What ice fishing artificial bait can you use? Since you can’t actually cast as you would in open water, you must drop lures vertically beneath your position on the ice (btw, you do know a regular freshwater fishing license covers you for ice fishing just as at other times, right?). The answer essentially boils down to three types of jigging lures that can be fished convincingly in a vertical manner.

Metal jigging spoons have little action when swum horizontally through the water. But you can use them in a lift-and-drop-back manner, by shaking them, or by making a subtle rod-tip movement that causes the lure to quiver slightly. These actions can be varied as to depth and frequency, and with varying emphasis, based on the lure and the disposition of the fish.

Jigging spoons used as ice fishing artificial bait vary in size and proportion, depending on depth fished and species sought. There are thick versions and slender ones. Walleye, pike, chain pickerel, and lake trout are especially good targets.

This is a unique sub-category of lures in general, but a particularly prominent artificial bait for ice fishing. Balanced fish-profile jigging lures have body shapes that resemble baitfish, a line tie on the center-top, a single hook on both the nose and the tail, a treble hook under the center belly, and a plastic wedge-like tail fin that helps the lure achieve a circular swimming motion (some folks call them swimming jigs). The most well-known examples are the Rapala Jigging Rap and the Nils Master Jigging Shad. Another version, though heavier and with more of a gliding movement, is the Rapala Flat Jig. These are useful for many species, again depending on lure size.

Especially effective on yellow perch, crappie, and sunfish, light leadhead jigs are commonly used in all seasons for cast-and-retrieve as well as lift-and-drop vertical fishing. As an artificial bait for ice fishing, these lures are used both at the bottom of the water column as well as at various levels between the bottom and the surface. A stand-up head is good for bottom fishing as it keeps the hook in a better position for impaling the fish. A wide range of body and tail types exists.

One of the most important keys to success with artificial bait for ice fishing is how you manipulate the lure. You have to experiment, not only to get good action out of the lure, but to see what the fish prefer at any given time and place. Finally, for scent contribution, consider tipping the tail hook of your lure with a tiny minnow head, a piece of worm, or a maggot; just make sure that doesn’t adversely affect lure action. And don’t forget your fishing license. 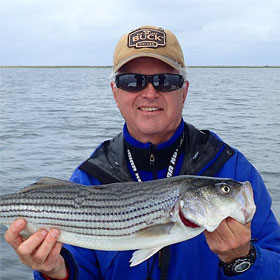 Ken Schultz was a longtime staff writer for Field & Stream magazine and is the former Fishing Editor of ESPNoutdoors.com. He’s written and photographed nineteen books on sportfishing topics, plus an annual fishing tips calendar, and his writing has appeared on various websites for more than two decades. His author website is kenschultz.com

7 Wader Safety Guidelines You Should Know