Supersize It this Fall

However during most of the year, anglers generally split the difference with medium-sized lures to catch a wider range of fish sizes, including those large fish. Due to mouth size requirements or just physical intimidation, big baits may eliminate smaller fish hits. But in the fall, big fish often key on larger forage.

On an episode of Bass Edge Radio program, Mark Zona of Zona’s Awesome Fishing Show said, “The bigger the baits you throw for smallmouth bass in the fall, the bigger the fish.” Tournament angler Edwin Evers also bumps up the size of his lures in the fall.

With shorter days and cooler temperatures, bass are feeding more efficiently. They are less apt to chase down smaller lures, and more likely to react to something large, slower, and right in their face.

You may not get as many hits with a big lure so it is important not to lose your focus. When a fish does bite, you need to be ready for a fight. I’ll bet there are some supersized lures in your tackle box you’ve been dying to throw. Go ahead; fall is an excuse to chuck something large. 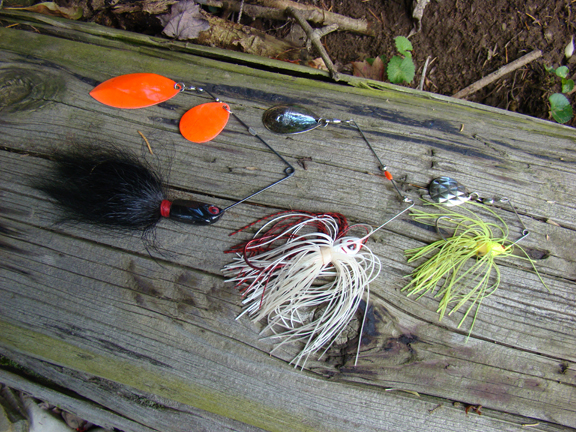 A kayak, connecting the shore and your honey hole