Marriage. Lotta hard work, no? To have a successful one, much compromise is needed. At least that’s what Caroline and I have found. And the most amazing middle ground we’ve ever reached just might be the one we sleep on each and every summer.

You see, I’m an avid camper. I go at least four times a year. One of those excursions is my annual section hike of the Appalachian Trail. When we first met, Caroline thought such trips sounded miserable. Or so I gathered from her now-famous quote:

“My idea of camping out is ordering room service from the Ritz.”

Secretly, I vowed to change that because I wanted my crew to be the type that went on plenty of family camping trips. And I had a plan. The vehicle of change? Alli.

That’s right. I used my stepdaughter as a pawn to capture the queen so I could drag her Majesty to the woods. And it worked like a charm. After all, Alli, like virtually all kids who are exposed to camping, was hooked from word go.

“That was more fun than the beach,” was Alli’s exact quote upon returning from our first outing, words which caused her mama’s eyes to grow wide with wonder. Soon thereafter,

“Where do you go to the bathroom?”

“How do you cook your food?”

“What do you do during the day?”

Instead of capitalizing on these questions and trying to close an immediate sale, I simply answered them as clearly as I could for her, hoping my explanations would lead this inquisitive horse to the very water she wondered how I purified. (Note to readers — stay away from analogies that depict your wife as a horse. It’s okay for me, because I’m a highly trained professional. Plus, our couch is super-comfortable.)

You see, I knew that no hard sell would be needed. This product was capable of selling itself. Which is why it should come as no surprise when you learn what Caroline and I would eventually do together.

Indeed, the queen would soon become a camping monarch — reigning ever so sovereignty upon her very own throne.

I know. That’s quite enough on the throne jokes, right?

Well then let me switch gears and tell you this. Caroline’s first camping experience was such a good one that, like her daughter, she bought in hook, line and sinker. Which means our crew is now one that enjoys our family camping trips. We go once per year, usually to the same spot, on the banks of a remote and beatific little finger lake in western North Carolina.

So, Luke, at just 13 months last year, was a bit too young to go. (He stayed with Miss B.) But the triplets and Alli were obviously good to go and were stoked when they learned that we’d invited another family to go with us.

How did it go, you ask? Quite well. Here. See for yourself. Let’s start with…

Our  tent! Which is, you know, massive. Don’t believe me? You Should. Because:

This is the inside: Note the queen-sized air mattresses — always a nice touch for little ones on their first camping trip. Especially if you’re Cadillac camping. Or if you’re…

Boat Camping! Where we go is accessible by car or boat. The kids love boat rides on this lake, in part because…

We’ll cruise by this cove I know that has a super-secure rope swing. (And they’re always lucky!) And, just as is the case with the boat? LIFE JACKETS, y’all. They’re mandatory. We take water safety quite seriously.

Did I mention sunsets? Because that’s a favorite post-rope-swing activity. To throw an anchor and watch the sun set behind the area’s rolling foothills.

But then it’s back to the campsite. Because dinner’s not gonna make itself, right?

So how do we eat? Um, pretty well, thank you. Grill marks courtesy of a show off. (Me, y’all. I’m the show off.) And after dinner we have just one little rule.

No TV allowed. Well, except Dancing with the Stars. As in flames dancing under a starlit sky. The ideal backdrop for a few ghost stories before we…

Get our s’mores on! Because, seriously. It’s a must.

Come morning: the kids love nothing more than to paddle around the cove in the canoe (again, while wearing life jackets, obviously).

All that paddling makes them hungry, which is why I prepare breakfast in my makeshift kitchen on my Coleman stove. Because I’m all proactive like that.

Sometimes you gotta break camp and take a day trip. Like the time we hopped in the car, drove 30 minutes to the Nantahala Outdoor Center and took a whitewater rafting trip down the Nantahala. We had a blast!

Campsite Activities – which is not to say there’s not a lot to do around the campsite. Because there is. Like fishing! Caroline’s quite the angler. So much so that I’ve given her a little nickname. Catfish. (She loves that nickname.) Here’s ol’ Catfish in action.

While Catfish get skunked the kids love to sit in their comfy camp chairs and take it all in. Every activity imaginable is more fun when you’re camping. Even just sitting around! Which is why I genuinely believe that camping makes us…

A stronger, closer and happier family!

I genuinely believe that with all of my heart! And I think you would feel the same way if you camped with your crew. So what are you waiting for? Get out there and camp!

What’s that? You don’t have all the gear? And you lack the know-how? NO PROBLEM! Remember the family we took camping? They didn’t have the gear or know-how, either! But I tell you one thing. They picked up a ton of know-how on that trip. And they’re slowly but surely acquiring camping gear. You know why?

Because they figured out what we figured out. Family camping trips are where it’s at! 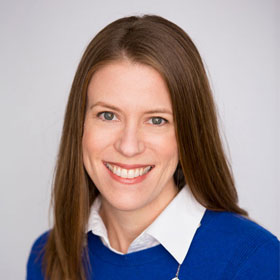 Fall for Fishing and Boating