When I was young, Dad would call any branch that I landed while fishing, a “stick trout” and pat me on the back. We had other names for snags but I eventually learned that some of these labels really were fish names, such as a “rock bass,” and “logperch.”

In visiting with some of the Bassmaster Elite anglers, I learned Greg Hackney uses the term “limb bream” for landed sticks. Edwin Evers says he is “fishing for squirrels” if his lure lands in a tree. Though he did not have a name for it, Casey Ashley once hooked an aluminum can that actually fought like a large fish. “It fooled me,” he said, “right up to the boat.” 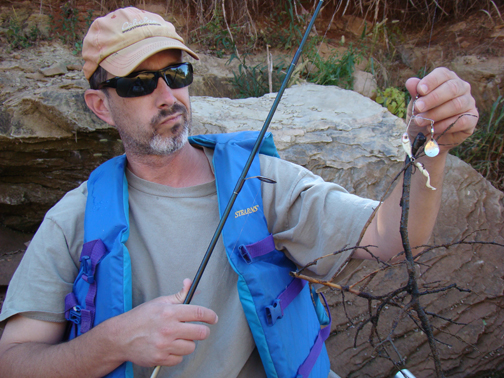 If you fish as “thoroughly” as I do, it is not unusual to reel in something that isn’t a fish. Some days, in fact, it is the biggest thing we bring in the boat. We generally keep, rather than release, our snags but check the regulations. It might not be wall-worthy, but just part of fishing so might as well have fun with it.

Do you have any fishy names for your snags?

5 Things to Know About Using Soft Plastic Worms for Bass

How to Make a Family Fishing Brag Board