There are cruising tarpon migrating throughout the Florida Keys. There are tarpon that are daisy chaining off of Boca Grande Pass. There are laid up tarpon in the back country around Hell’s Bay. In no time flat they’ll be up in Tampa and in Jacksonville, they’ll be all over. To find out about the addiction I turned to an over 30-year veteran of the Florida Keys and backcountry, Captain Bob Baker from Islamorada (www.bobbakersportfish.com). 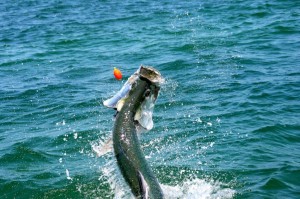 “Inshore fish in Florida are almost exclusively resident fish. Bonefish, snook, redfish, sea trout and the like are here all year long. Part of what makes fishing for tarpon so addictive is that the species is migratory. Depending on the season they’ll arrive around mid-March and stay through June. We’re excited for their arrival and then a few months later we’re ready for them to leave. 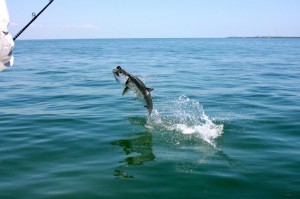 “Tarpon fishing is a love-hate relationship which I think is part of the attraction. As a species, they’re independent and do exactly what they want, how they want, and where they want. They’re full of surprises which is part of the allure. Just when I think I have them figured out I realize that I don’t. I remember one season where I was consistently finding lots of fish out in front of the beaches. We had a fantastic few weeks, with tons of hookups and lots of action. And then one day, they were all gone. I had a hunch that they pushed into the creeks and bays, so we went up inside to look for them. They were there, I’m not sure why, but something flipped a switch that moved the fish from the deep, clear water into the shallow, murky areas. 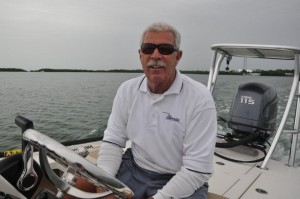 “Tarpon have all the ingredients of a great fight. They run hard, they jump, they tail walk, and they sound, sometimes all in sequence. Whether you catch a 40 pound fish or a 140 pound fish you can be guaranteed to feel an unparalleled adrenaline rush. Do it once and you’ll see what I mean.”

More on tarpon from Fishopedia

Fish Can Grow on Trees. Sort of.