The Northeastern Native Americans named full moons. The various tribes tracked the moons according to what was happening in that specific month. Some of them have to do with fishing.

March is known as the Worm Moon. As the ground thawed the earthworms moved to the surface. That movement marked the return of the robins who feasted happily after a long migration. If you’re creating a worm bed for a season’s worth of fishing, check it after March.

April is the Fish Moon. It’s the time when the shad swim from the salt water through river estuaries and into the sweetwater to spawn. If you’re looking to catch some shad, head out on the April Moon. On the Fish Moon you’ll also find herring and alewives, and that means the striped bass aren’t far behind.

July is the Thunder Moon, appropriately named for the violent summer storms. If you’re heading out to fish, make sure you pack your rain gear and get off the water when the lightening strikes. 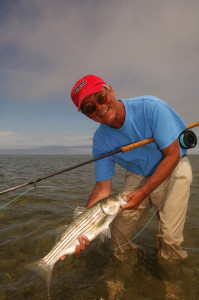 Recently, as in about 20 years ago, noted Rhode Island angler Ken Abrames renamed the September Full Moon the Striper Moon. The biggest migration of the striped bass occurs on that moon, and it’s the best time to be out on the water.

And if you’re like me and you like that kind of traditional fishing wisdom, check out his website www.stripermoon.com. It’s a treasure trove of practical experience.

Do You Practice Fishing?